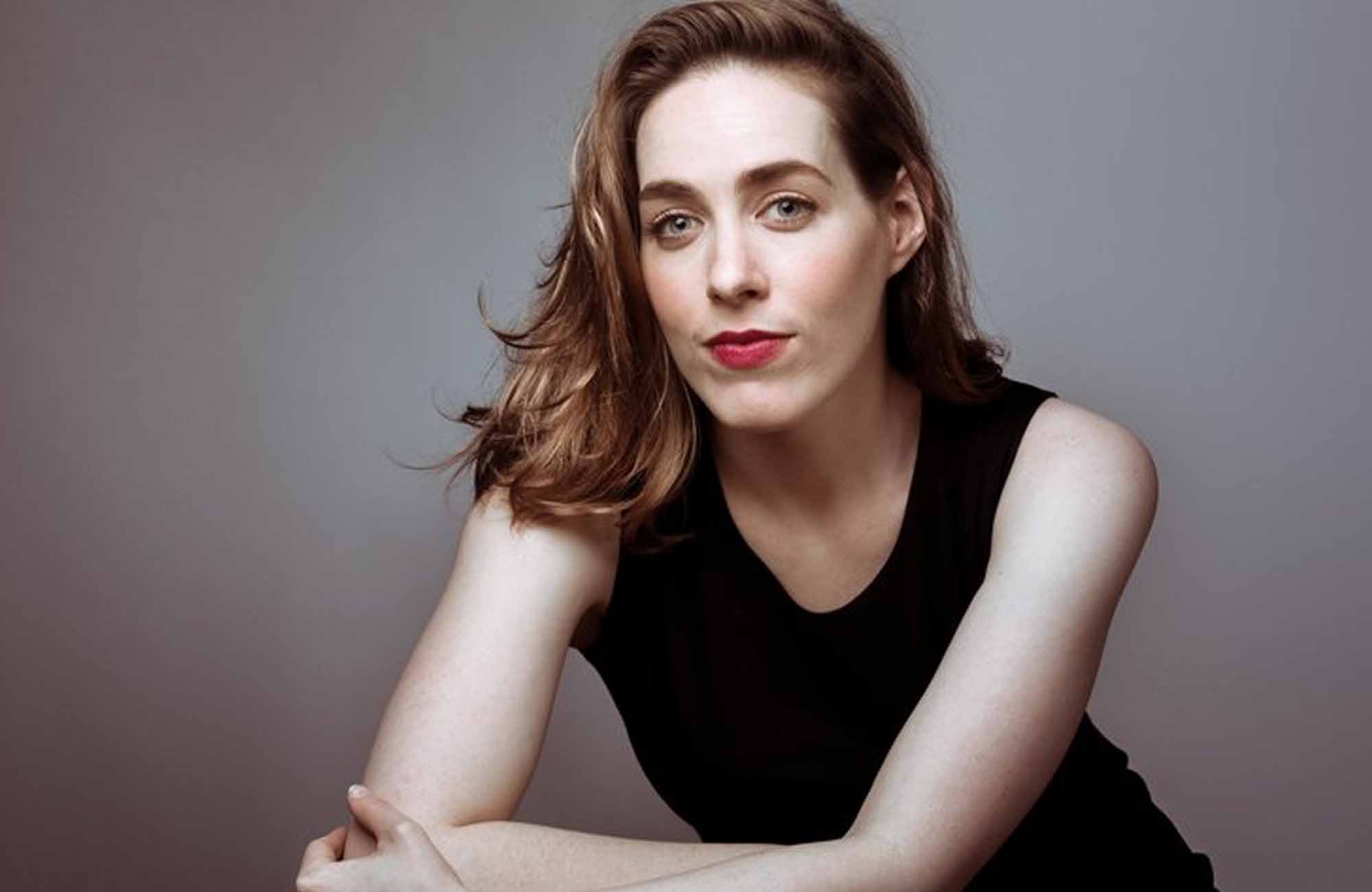 VAUGHAN WILLIAMS: Fantasia on a Theme by Thomas Tallis

We open with the overture to the supernatural melodrama Der Freischütz (1821) by Carl Maria von Weber (1786–1826). It’s one of the most familiar overtures in the standard repertoire. Still, says principal clarinet Allan Kolsky, orchestral programming “can be like the lottery. We haven’t performed this piece in Syracuse in the 17 years I’ve been here.” Weber was especially fond of the clarinet, and when, about five minutes in, you hear “that wonderful, trumpet-like fortissimo melting into Weber’s lyrical, operatic melody,” you’ll understand why Allan would be “really looking forward to this performance.”

The 1910 Fantasia on a Theme by Thomas Tallis, by far the most popular work of Ralph Vaughan Williams (1872–1958), could hardly be more different. It’s scored for strings where the Weber is scored for full orchestra; it’s meditative where the Weber is dynamic; and most important, it looks backwards where the Weber looks ahead. Weber was one of the more progressive voices in the transition between classicism and romanticism; Vaughan William, part of a group of British composers trying to break free from the German romanticism that Weber had helped inaugurate, took his inspiration from British folk-song and, in this work, Renaissance English music. Violist Dana Huyge chose the Fantasia for a number of reasons. Partly it’s the magnificence of the work itself: “It is such a beautiful work, in its inventiveness, in the ways that the harmonies are fleshed out, in the way that it echoes back through history.” But he also loves the “intimacy of playing with just strings.” This work is especially rich in opportunities, since there are three different string groups—the main orchestra, an antiphonally placed second orchestra, and a string quartet. As a result, “you have three different modes of expression.”

We close our first half with Music for the Royal Fireworks by George Frideric Handel (1685–1759), composed in 1749 for a fireworks display to celebrate the Treaty of Aix-la –Chappelle that ended to the War of Austrian Succession. Handel was revered in England at the time—an open rehearsal for this piece reportedly drew well over 10,000 people. The premiere itself was a spectacular event, partly because of the huge assemblage of instruments (including nine trumpets, nine horns, and twenty-four oboes), partly because the fireworks set fire to part of the grandstand. For obvious reasons, we’re forgoing the fireworks. As for the original musical forces: we couldn’t afford to duplicate them, nor could your ears survive the racket that this outdoor music would create in such an intimate setting. But even in one of the more modest editions normally heard these days, the music is certainly thrilling. Trumpeter Roy Smith has chosen it not so much because it features the brass, but because of “the unique way it showcases whatever group is playing it.” Much more than most works in the standard repertoire, where “the score is what it is,” every performance of Fireworks is “unrepeatable.” Not only are there are different editions, but “there also very open-ended instructions about who should play what, what repeats you’re going to take, how you’re going interpret the French style of the overture. There are some improvised cadenzas and there’s room for ornamenting on the repeats. Whenever you hear that piece, it’s a unique experience.” To put it differently, this will be a “Symphoria” Fireworks—and the way Handel plays groups of instrumentalists off against each other allows the orchestra “to show off its stuff.”

A very different kind of orchestral showpiece opens the second half: the delightful overture to L'Italiana in Algeri, written in 1813 by Gioachino Rossini (1792–1868). It was chosen by conductor Larry Loh who, as a youngster, was especially taken with it because of the “unexpected phrasing” and the “weird pauses” in the introduction. Beyond that, as a woodwind player himself, he loves all the wind solos—and as a conductor, he loves “the kind of detail and articulation that you have to get across the board from everyone.”

Since its founding, Symphoria has had a close connection to the music of Samuel Barber (1910–1981)—so it’s perhaps no surprise that violinist Susan Jacobs chose to include his Knoxville: Summer of 1915, composed in 1947. Like the Vaughan Williams, it’s a low-key piece, although different in mood. Drawing on a brief poem by James Agee (later incorporated into A Death in the Family), it presents a double vision: the innocence of a young child soaking in the sights and sounds of a quiet summer evening, tinted with the melancholy nostalgia of an older man looking back on a time that will not return. The work is an almost perfect marriage of music and text. This afternoon’s soloist, Meredith Lustig, is “captivated” by the words, which “capture the perfect feeling of being so happy” combined with the “sadness that comes with it being so transient.” And the sweep of the orchestration—even though the ensemble is small—“gives a very child-like quality to the narrator. The orchestral world that Barber has created makes me, as a performer, feel that I’m just a small part of this huge world.”

As our concluding work, principal flutist Xue Su has chosen the rousing overture to Egmont by Ludwig van Beethoven (1770–1827). It launches his incidental music for a play by Goethe—a play that celebrates the heroic sacrifice of an individual for liberty. Xue sees a strong connection with Beethoven’s politically inspired Eroica Symphony, and she especially loves the music’s narrative (which “compresses the whole action of the play into one single musical work”) and its special combination of the “heroic and the dolce.” This vigorous end to the concert is also a beginning: 2020 is the 250th anniversary of Beethoven’s birth, and this is the first of a half dozen concerts, this season and next, that will celebrate that event. 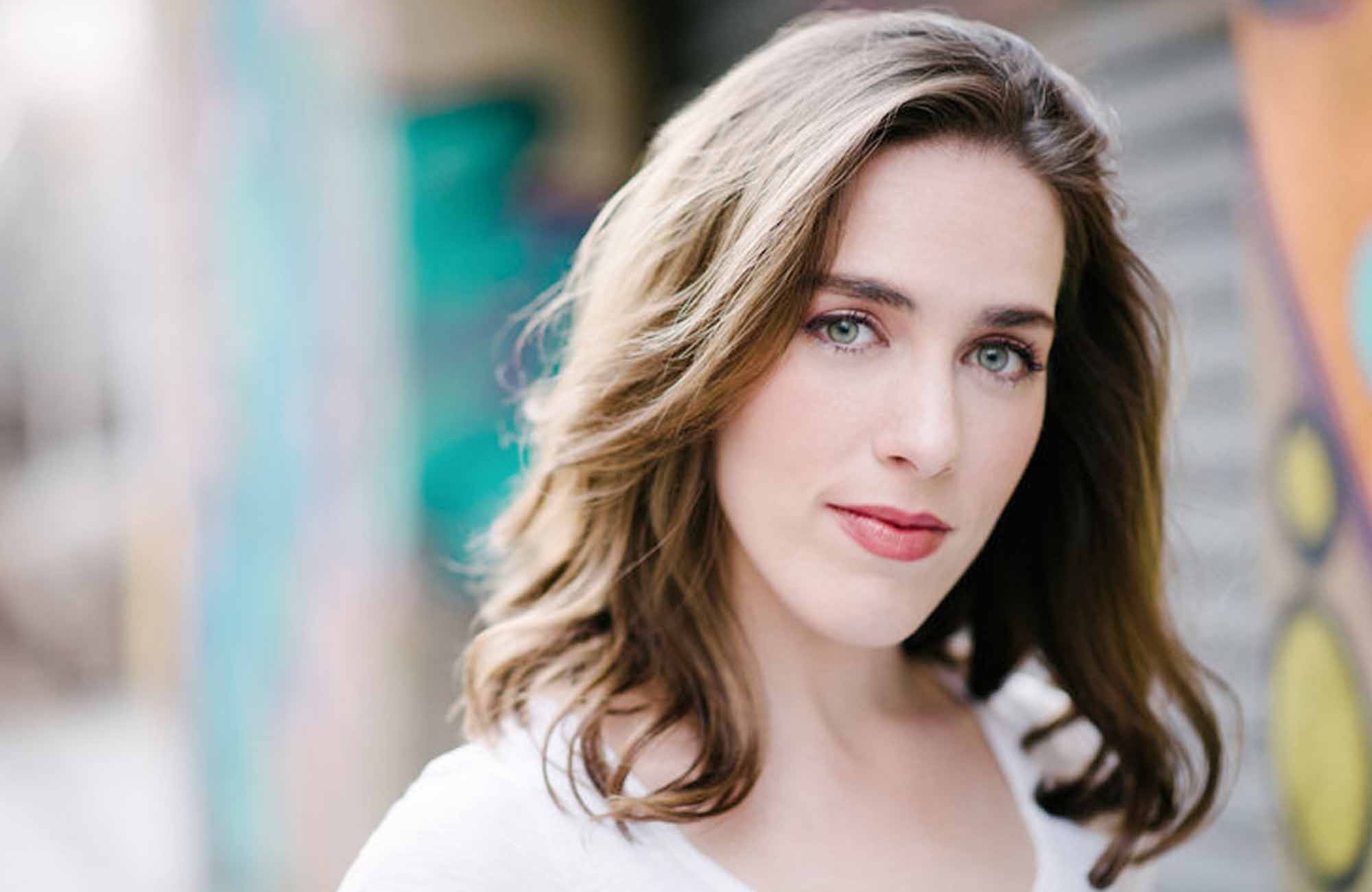 During the 2011/2012 season, Miss Lustig returned to City Opera as Cephisa in Telemann’s Orpheus, and joined the Aspen Opera Theater Center as Daisy in Harbisons, The Great Gatsby conducted by Anne Manson. Miss Lustig was selected as one of Caramoor’s 2012 Vocal Rising Stars with the New York Festival of Song, where she participated in the program, New York to Paris, Paris to Paradise at both Caramoor and Merkin Hall. In the fall of 2011, she made a last minute appearance as the First Officer and cover of Sophie in Peter Maxwell Davis US premier of Kommilitonen at the Juilliard School.

In 2012 Miss Lustig became a Resident Artist with Pittsburgh Opera where she sang the roles of Clorinda in La Cenerentola and Carolina in Il Matrimonio Segreto, and covered the roles of Gilda in Rigoletto and Zerlina in Don Giovanni. She also made her debut with the Erie Philharmonic as a soloist in Verdi’s Stabat Mater. Miss. Lustig is currently enjoying her second year as a Resident Artist where she will perform the roles of Papagena in The Magic Flute, Zina in Dark Sisters, and Musetta in La Boheme (Student Matinee). She aslo returns to the Erie Philharmonic to be the Soprano Soloist in Carmina Burana.

At Juilliard, where she also earned her undergraduate degree, Ms. Lustig’s operatic roles have included Lauretta in Gianni Schicchi, Venere in Cavalli’s La Doriclea, Isabel Wentworth in Virgil Thomson’s The Mother of Us All, and the title role in Poulenc’s Les mamelles de Tirésias. She has worked with the Baroque ensemble Juilliard415 in an excerpt from Thomas Arne’s Thomas and Sally at Alice Tully Hall, under the baton of William Christie. Miss Lustig’s concert appearances also include the soprano soloist in the Faure Requiem with Cantori New York.

A great lover of the recital repertoire, Ms. Lustig enjoyed the summer of 2013 at the Ravinia Steans Institute and made her debut with the Chicago Symphony Orchestra as a soloist in Vaughn Williams Serenade to Music. Ms. Lustig enjoys a close collaboration with Michael Barrett and Steven Blier at the New York Festival of Song, with appearances in multiple programs including “Killer Bs,” “Latin Lovers,” “Road Trip,” and “Carried Away.” Equally accomplished in musical theatre repertoire, she made her debut at New York’s Town Hall, where she was named one of their 2010 Broadway Rising Stars. She has sung at Boston’s Symphony Hall as a soloist on the prestigious radio program “From the Top;” at Carnegie Hall’s Weill Recital Hall with the New York Festival of Song, Alice Tully Hall, and at Lincoln Center’s Peter Jay Sharp Theatre.

Miss Lustig has had the pleasure of spending past summers as a Young Artist with Glimmerglass Opera, where she made her debut as Ancella in Cherubini’s Medea and covered the role of Ruth in Later the Same Evening. She looks forward to returning to the program this summer to sing the role of Bella Griffiths in An American Tragedy. Miss Lustig has also been the recipient of a Stern Fellowship at the Songfest Program, where she was given the opportunity to work with Martin Katz, Graham Johnson, Margo Garrett, and John Musto. Awards and honors include 2012 Regional Winner of the Metropolitan Opera National Council Auditions (Pittsburgh); third place winner of the Great Lakes District of the MONCA; the Barbara E. Maze Award and the Achtmayer Award from the Handel and Haydn Society; the Bel Canto Award and the New York Opera Project Award from the Bel Canto Institute; and the William Randolph Hearst, Dr. and Mrs. Gottfried Duschak, and Cecille Weber Memorial scholarships at the Juilliard School and was honored to be the recipient of the institution’s first Novick Career Grant.