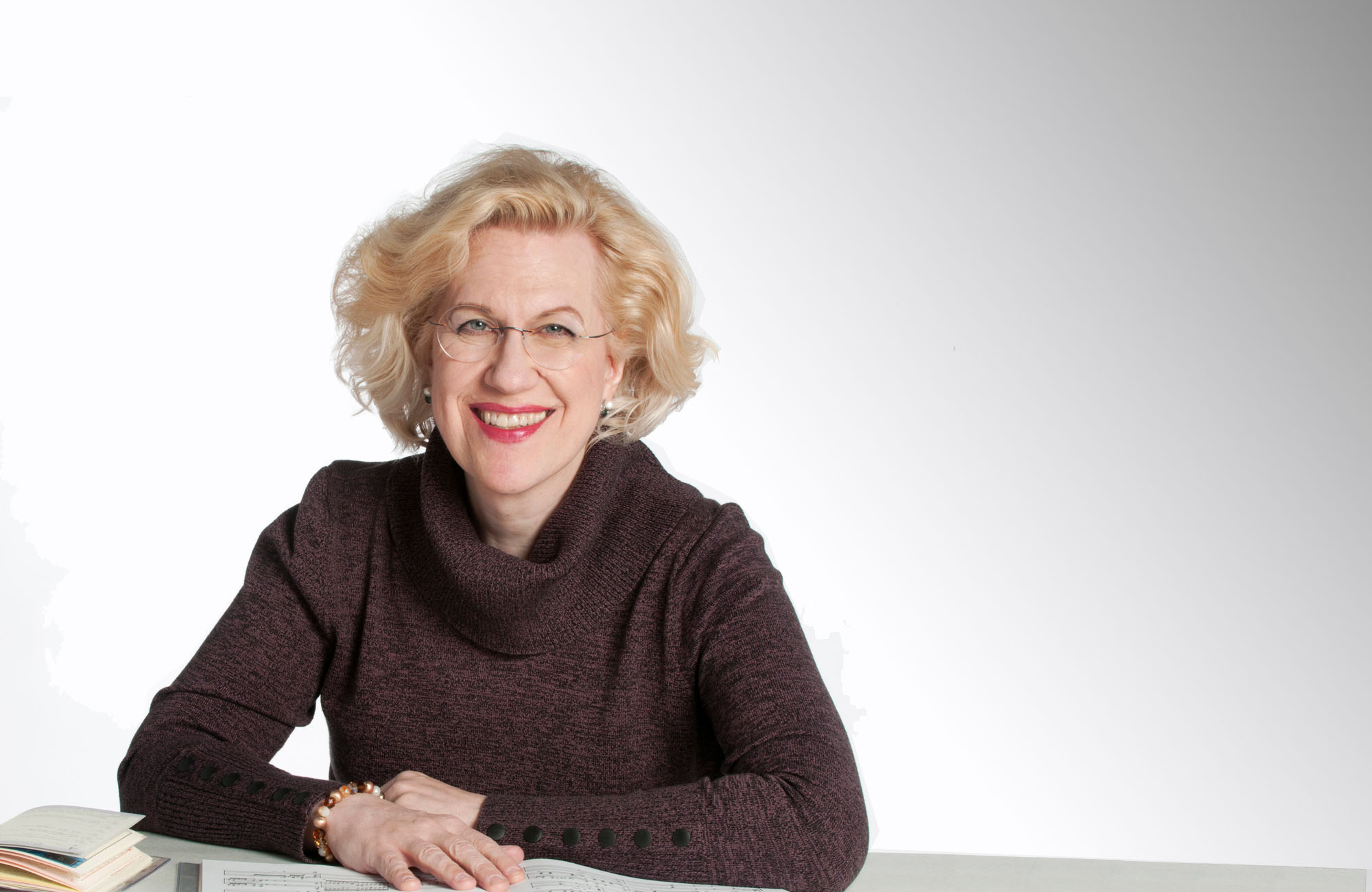 After beginning the performance with the rarely heard Overture in C by Fanny Mendelssohn, world- renowned pianist Sara Davis Buechner, a proud transgender woman, performs Mozart’s Piano Concerto No. 14. Felix Mendelssohn’s 1829 trip to Scotland inspired him to write his Hebrides Overture and Third Symphony, the “Scottish Symphony”, which concludes this program.

All programs and artists are subject to change.

The central work tonight is a central work in the career of Wolfgang Amadeus Mozart (1756–1791): the Piano Concerto No. 14 in E-flat, K. 449. It was completed in 1784, as Mozart was settling in Vienna. That relocation represented an important turning point in his life, since it liberated him from both the provincialism of Salzburg and the domination of his father. Not surprisingly, the concerto straddles borders.

In fact, it straddles two kinds of borders: generic and historic. First, it calls for an orchestra with oboes and horns as well as strings; but in contrast to what Mozart called the “grand” ...
The central work tonight is a central work in the career of Wolfgang Amadeus Mozart (1756–1791): the Piano Concerto No. 14 in E-flat, K. 449. It was completed in 1784, as Mozart was settling in Vienna. That relocation represented an important turning point in his life, since it liberated him from both the provincialism of Salzburg and the domination of his father. Not surprisingly, the concerto straddles borders.

In fact, it straddles two kinds of borders: generic and historic. First, it calls for an orchestra with oboes and horns as well as strings; but in contrast to what Mozart called the “grand” concertos that followed, he constructed it so that the accompaniment could be reduced to solo strings. It’s thus at the margin between concerto and chamber music. Second, it marks a transition in Mozart’s development. As tonight’s soloist Sara Davis Buechner puts it, it’s clearly looking backward, since “it’s the last concerto Mozart wrote that specifically indicated that it could be played by an all-string group.” And yet it “is incredibly forward-looking” since “the last movement has fugal writing that shows Mozart growing by leaps and bounds. Closing the door on one period, it looks forward to another.”

Besides being a significant piece in Mozart’s compositional trajectory, it’s a rich one in its own terms, too, notable in particular for the interchanges between orchestra and soloist that have reminded many listeners of Mozart’s later operatic practice. Unfortunately, it doesn’t get played very often because of its small scale. “But,” says Sara, “it’s the perfect piece for now, when we need works that don’t require a lot of people on the stage.”

It’s also the perfect bridge between the concert’s opener and closer: the Overture in C by Fanny Mendelssohn (Hensel after her marriage) (1805–1847) and the Symphony No. 3 by her brother Felix Mendelssohn (1809–1847). How does it link up with them? Soon after the first performance, as Sara points out, Mozart immediately sent a copy home for his sister Nannerl (Maria Anna, 1751–1829) to play. And the Wolfgang-Nannerl connection in turn reminds us of the ways in which the Mendelssohn family mirrored the Mozarts—and the ways in which it didn’t.

Similarities first: Both Wolfgang and Felix were prodigies who grew up with older sisters whom they adored. Both sisters were musical prodigies, too, but their potential musical careers were dampened by domineering fathers who supported their sons but who believed that women should keep out of the public sphere. But the differences between the families were consequential for the history of music. Nannerl accepted the fate of the “proper” woman, even rejecting the man she loved to marry someone picked out by her father; no wonder that none of her compositions have survived. Fanny was feistier, and had the advantage of marrying (for love) an artist who nurtured her talent and who even encouraged her to publish her music (a disreputable decision for a woman of her class at that time). She only started to do so late in life. Even so, with the discovery of many unpublished manuscripts—a process still ongoing—Fanny is now recognized, as the Grove Dictionary puts it, as “one of the most prolific female composers of the 19th century.” She wrote mostly songs and piano works, but also at least three stage works, a fair amount of choral music, and chamber music.

Her Overture in C, composed in 1832 and then buried for a century and a half, is her lone extant work for orchestra alone—and on first hearing, it might sound like a work by her brother. Indeed, the similarity in their music underlies one of the key anecdotes about Fanny’s life. In 1826 and 1827, Felix included three of her songs in collections published under his name—not quite the artistic appropriation it might appear from our twenty-first century perspective, but rather an attempt to bring her music to the public at a time when she couldn’t print it under her own name. Felix was venerated by Queen Victoria; and when he visited her in 1842, she unknowingly but admiringly picked out one of Fanny’s songs to sing. Obviously, Fanny’s work held its own against Felix’s.

But was Fanny simply an imitator? The question of influence is tricky, and it’s hard to know whether Fanny was influenced by Felix, whether it the other way around, or (most likely) whether there a more complicated symbiotic relationship between the two. In any case, this Overture, for all its familiar footprints, is no pale replica; and especially for a composer with little experience writing for full orchestra, it’s astonishing in its bold confidence. Written in standard sonata form, with a lengthy introduction and a brassy coda, it is, as conductor Larry Loh puts it, “incredibly well crafted.” It’s notable in particular for its expert and transparent orchestration (with lots of opportunity for the woodwinds to shine), as well as for its urgent drama and the melodic allure that plays off against it (the second theme should melt your heart). My guess is that you’ll fall in love with it—and if so, you’ll be doubly interested in our Spark concert on October 10, when the Symphoria String Quartet will offer excerpts from Fanny’s string quartet.

We close with the most familiar piece on the program, Felix’s Symphony No. 3 (“The Scottish”). The numbering of his symphonies doesn’t match their order of composition—and the Third, completed in 1842, was the last he composed. In certain ways, it’s the most exploratory, too. In the musical battles that raged in the middle of the nineteenth century, Felix was considered a conservative, someone who looked back on classical ideals rather than ahead to the “music of the future” championed by Wagner and Liszt. Yet Liszt admired him tremendously, performing with him and transcribing a fair amount of his music. And for all its classical elements (not least, its orchestral elegance), the Third has progressive tendencies as well, blurring the line between symphony and symphonic poem (there are no breaks between the movements, which are linked thematically).

Nowadays, though, its position in the battles of the day are less important than its sheer musical genius. It covers a lot of terrain, and is bookended by major surprises. First, there’s a lengthy introduction—a melancholy stretch of music, long enough to be a movement in its self, that, in Larry’s words, gives us “emotional space from which to depart.” Then, after a dramatic first movement, a driving Vivace, what sounds like a funeral march, and a warlike finale, we get a second surprise: a long, quiet transition full of anticipation that brings a substantial coda that “seems to come out of nowhere” and builds to a stirring conclusion. 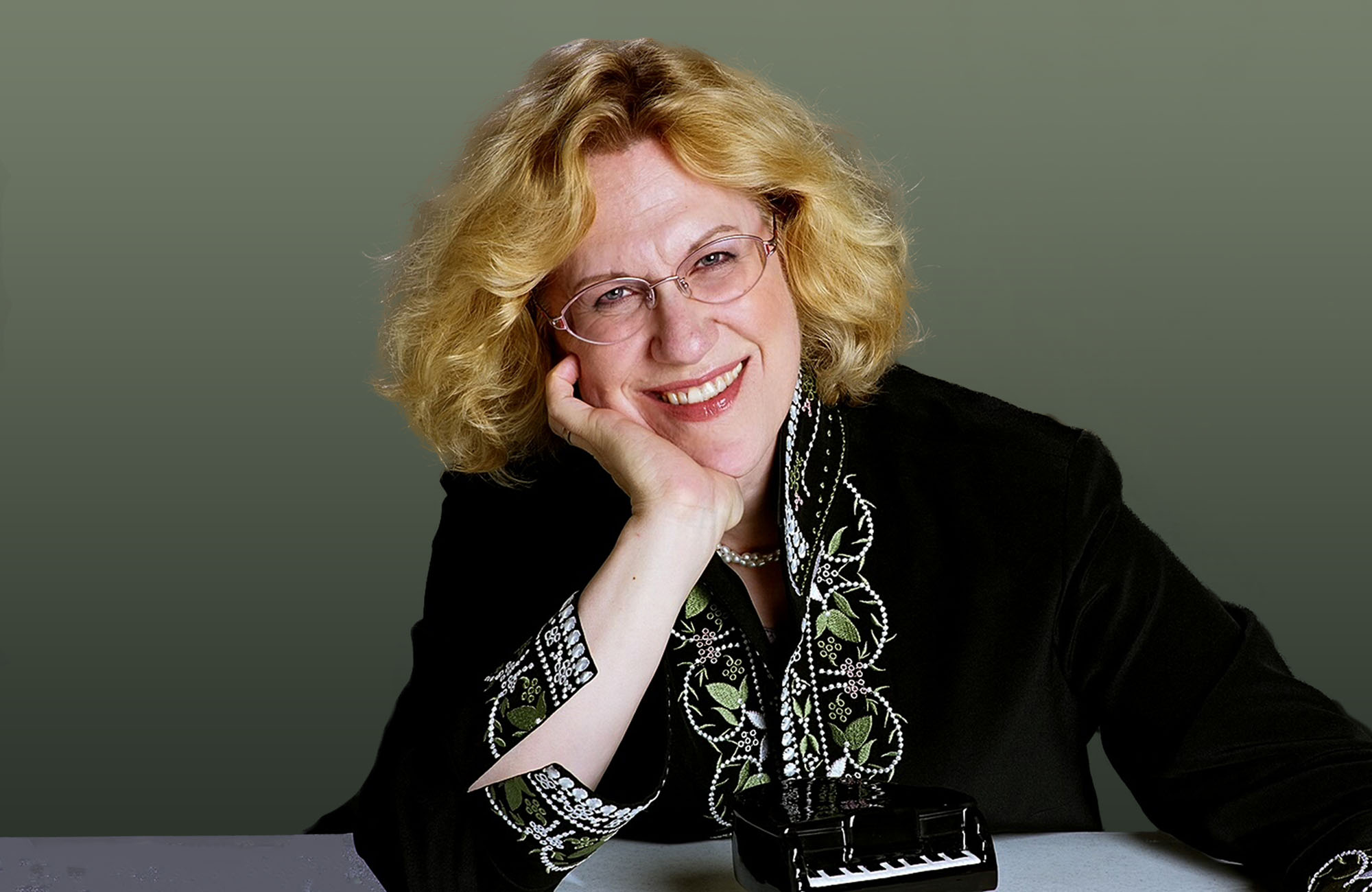 Ms. Buechner has performed in every state and province of North America — as recitalist, chamber musician and soloist with top orchestras like the New York Philharmonic, San Francisco Symphony and Philadelphia Orchestra; and in venues such as Carnegie Hall, the Kennedy Center and the Hollywood Bowl. She has toured throughout Latin and South America and Europe; and she enjoys a special following in Asia, where she has been a featured soloist with the Sydney Symphony, New Zealand Philharmonic, New Japan Philharmonic and Shanghai Philharmonic, among many others.

Ms. Buechner has released numerous acclaimed recordings of rare piano music by composers such as Rudolf Friml (“a revelation” — The New York Times), Dana Suesse, Joseph Lamb, Joaquín Turina, Miklós Rózsa, and Ferruccio Busoni (including the world première recording of the Bach-Busoni “Goldberg” Variations). Stereophile magazine selected her Gershwin CD as “Recording of the Month,” and her interpretation of Hollywood Piano Concertos won Germany’s coveted Deutsches Schauplatten Preis. Most recently her recorded traversal of the score to Carl Dreiser’s silent movie classic Master of the House (1925) may be heard on Criterion Collection DVD.

Sara Davis Buechner joined the faculty of Temple University’s Boyer College of Music and Dance in 2016, after previously teaching at the Manhattan School of Music, New York University and the University of British Columbia. She has presented masterclasses and workshops at major pedagogic venues worldwide, adjudicated important international piano competitions, and is also a contributing editor for Dover Publications International. In 2017 Ms. Buechner marked her 30th year as a dedicated Yamaha Artist.

As a proud transgender woman, Ms. Buechner also appears as a speaker and performer at important LGBTQ events, and has contributed interviews and articles about her own experience to numerous media outlets worldwide.

Sara is a dual American-Canadian citizen who makes her home in Philadelphia.

Date:
October 24, 2020
Time:
7:30 pm
BUY TICKETS
Series:
Masterworks
Pre-Concert Talk:
Music Director Lawrence Loh presents a Pre-concert Talk on stage one hour prior to this performance. Free with ticket purchase.
Running Time:
2 Hours, including 20 minute intermission
Doors Open:
This performance will be livestreamed. There will be no in person attendance at this concert.