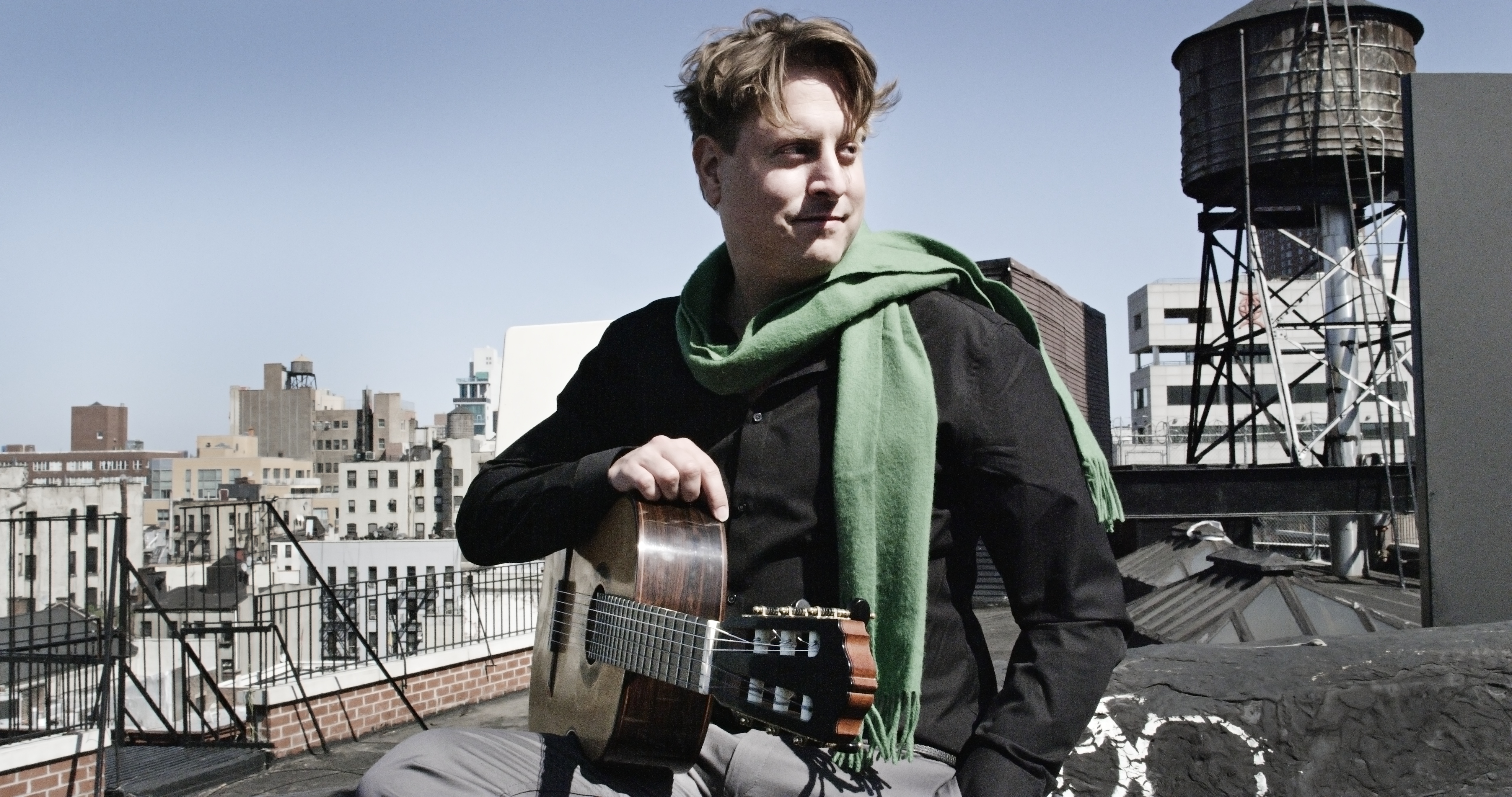 All of tonight’s offerings are inspired by Spain or Latin America—yet each of the four composers has taken that inspiration in a different direction.

The concert opens with Capriccio Espagnol by Nikolai Rimsky-Korsakov (1844–1908). In certain ways, it’s the most straightforward piece on the program—a series of dazzling musical postcards, based on melodies taken from a collection of Spanish folk music (the composer, in fact, had never been to Spain). Formally, it’s little more than a medley. While the return of the opening material (an alborada, or morning serenade) in the third section and ...
All of tonight’s offerings are inspired by Spain or Latin America—yet each of the four composers has taken that inspiration in a different direction.

The concert opens with Capriccio Espagnol by Nikolai Rimsky-Korsakov (1844–1908). In certain ways, it’s the most straightforward piece on the program—a series of dazzling musical postcards, based on melodies taken from a collection of Spanish folk music (the composer, in fact, had never been to Spain). Formally, it’s little more than a medley. While the return of the opening material (an alborada, or morning serenade) in the third section and in the finale gives some sense of coherence, the work is largely string of attractive tunes, made more attractive by the orchestral colors. And in those colors, we see both Rimsky’s genius and his influence.

More than any composer since Berlioz, Rimsky elevated orchestral color to an element on a par with melody, harmony, rhythm, and texture. That approach is especially clear here, where the music’s variety and sense of progress is created more by changes of timbre than by changes of melodic shape or harmony. Listen, for instance, to the opening of the second movement, where the main material is introduced by a horn quartet, then taken up by strings, then presented as a conversation between English horn and French horn (playing alternately open and stopped—that is, with the hand in the bell, which creates a distinctive buzzy sound). The series of cadenzas by orchestral soloists in the fourth movement has a similarly prismatic effect. In his autobiography, Rimsky said that his goal had been to “glitter with dazzling orchestral color.” Indeed, it’s fair to say that in this work, color is the end, rather than the means—the melodies are just the raw material for “multiform orchestral effects.”

At the other end of the concert, we have the 1928 Bolero by Maurice Ravel (1875–1937). Ravel’s connection to Spain was deeper than Rimsky’s: His mother was Basque, and he was born in Ciboure, just a few miles from the Spanish border. But he also had a love of Russian music, evident in his famous orchestration of Mussorgsky’s Pictures at an Exhibition. He had a special admiration for Rimsky, who influenced him profoundly—Ravel even wrote two early works called Shéhérazade, and adapted and expanded Rimsky’s Antar for use as incidental music.

Rimsky, more than Spain, provides the fuel for Bolero. Eight years earlier, in 1920, Ravel had composed La Valse. La Valse was intended as the apotheosis and demolition of the genre—that is, its “waltz-ness” was essential to its purpose. Bolero is radically different. While it’s the most famous bolero in the world, its “bolero-ness” is really incidental; in fact, for a while he called it Fandango. His primary goal, rather, was to perform an experiment to see if it was possible, as he put it, to write a mechanistic piece consisting of “orchestral tissue without music.” To put it in different terms, Bolero can be viewed as an attempt to push Rimsky’s emphasis on color to the limit by reducing the importance of the other elements even further.

Bolero is built out of the repetition of a simple theme (Ravel called it “impersonal”), in two halves, each played twice until right before the end. At first, we hear it played by solo instruments, but as the piece continues, it’s taken up by ever larger groups. The theme is underpinned by an ostinato (a repeated figure) on the snare drum, increasingly joined by other orchestral instruments—a two measure rhythmic pattern that’s reiterated for fifteen minutes. That ostinato, says principal percussionist Michael Bull, is the “foundation” of the piece—and is “the most rewarding, exciting, and frightening two measures written for a percussionist.” (Think of the endurance required!) Except for one brief moment—which comes as a shock—Bolero remains firmly in C Major; the tempo remains relentlessly constant.

A single theme over a single rhythm in a single key, maintaining a single tempo—and yet, the piece has a tremendous sense of progress. Where does it come from? First, Bolero is one long crescendo, starting at the edge of audibility (the snare drum, Michael says, “starts so softly that the conductor doesn’t want to hear you”) and ending with one of the loudest climaxes in the standard orchestral repertoire (at that point, he says, “The conductor can’t get enough of you.”) Second, as the theme is repeated, the color changes. If any piece is kaleidoscopic, this is it—especially since Ravel throws in some unexpected instruments, like the oboe d’amore and, more striking still, the saxophones. (Ravel had just returned from America and had been extremely taken with American jazz). Because of its series of spotlit solos, the piece is a rare combination of opportunities and pitfalls for the players. Principal trombonist Ben Dettelback, for instance, says that it’s “one of my favorite parts, because unlike many of the other pieces written for trombone, it showcases the lyrical, schmaltzy side of the instrument.” At the same time, “the trombone doesn’t play anything until the solo, and if the eight minutes of waiting isn’t enough, Ravel doesn’t write out the bar numbers for the preceding music, so we just have to know when to come in based on what we hear!”

The Danzón No. 2, composed in 1994 by Mexican composer Arturo Márquez (b. 1950), is notable for color and rhythm, too—as well for the rich opportunities it affords orchestral soloists. But here, in contrast to Bolero, the history and culture of the dance itself are central to the spirit of the piece. The danzón is a formal ballroom dance, closely associated with Latin America—but as with so much popular music, its history crosses national borders, apparently beginning in the French contredanse, which moved to Haiti and then on to Cuba and Mexico. Nowadays, it’s considered somewhat old-fashioned—“a genre,” the composer says, “which old Mexican people continue to dance with a touch of nostalgia and a jubilant escape towards their own emotional world.” Danzón No. 2 can be seen as a stylized abstraction of the danzón, one that celebrates its “nostalgic melodies” and “wild rhythms” without being restricted to its traditional harmonies and form.

Besides their Hispanic influences, the Rimsky, Marquez, and Ravel are united by their brilliance—they’re all big works that raise the roof. At the center of our concert is a radically different kind of piece, the intimate Concierto de Aranjuez by Joaquin Rodrigo (1901–1999). It was composed in 1939, just at the end of the Spanish Civil War, when Rodrigo was living in France—and the French influence is as clear as the influence of Spain and, as the composer points out, of Spanish America.

The Concierto de Aranjuez follows tradition by bracketing two quick movements around a slow central movement; but, says tonight’s soloist Jason Vieaux, in contrast to many concertos, the outer movements are not especially show-offy. Indeed, in a sense, they’re the opposite, since they’re a lot harder than they sound. In part, that’s because some things that would be easy on another instrument are actually unwieldy on the guitar. But it’s also because the passagework is rhythmically unforgiving and coordination with the orchestra is extremely difficult.

Those outer movements are evocations of the Palacio Real, a palace once frequented by the Bourbons—and where the Rodrigos had their honeymoon. The first was inspired by the gardens. Superficially, it sounds pictorial—but since Rodrigo was blind (he wrote the score in braille and dictated it note-by-note), you might reasonably think of it as a description of the garden’s sounds rather than its sights. Jason mentions the “whooshing” of the fountains and the songs of the birds. The finale is more historical in inspiration: “It’s a baroque or pre-baroque court dance,” says Jason, but in modern dress. He points to the influence of Stravinsky in the “machine-like” rhythms and in the way Rodrigo uses dissonance to give “bite to the harmonies.” The result is “two aesthetic worlds coming together.”

The key to the Concierto, though, lies in the central Adagio. Rodrigo never spoke about what it meant; but his wife eventually reported that it was a response the death of their first child, who was stillborn. “It was an outpouring of grief,” says Jason; “that music is coming from the depths of his soul.” If you don’t know this piece already, this movement will quickly explain to you why the Concierto de Aranjuez is not only, by far, the most popular guitar concerto in the repertoire, but also one of the most oft-performed twentieth-century concertos for any instrument. 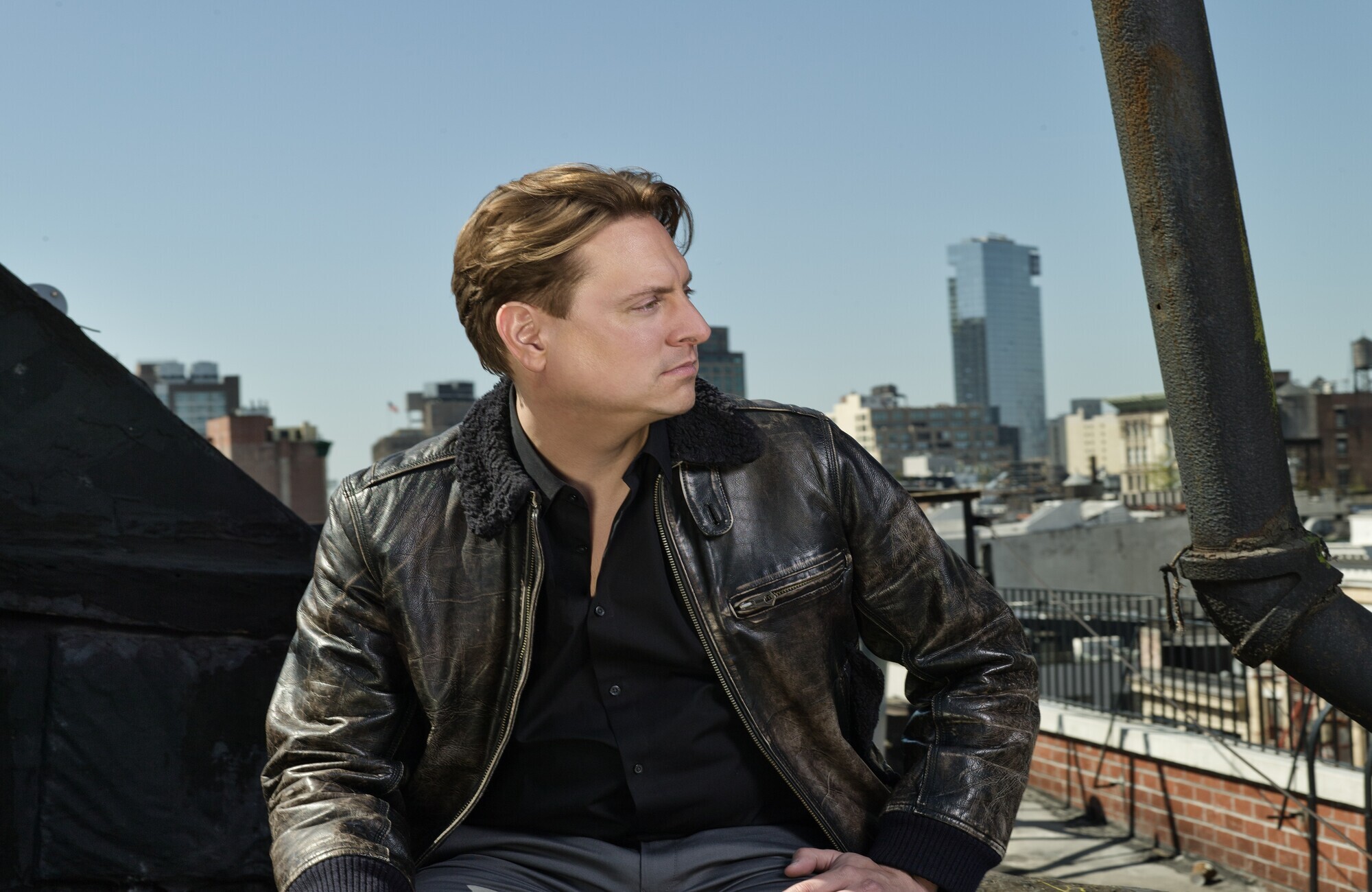 Jason recently made his debuts for Domaine-Forget Festival, Carmel Bach Festival, Wolf Trap, and made returns to San Francisco Performances, Caramoor, ...
Grammy-winner Jason Vieaux, “among the elite of today's classical guitarists” (Gramophone), is described by NPR as “perhaps the most precise and soulful classical guitarist of his generation”.

Jason recently made his debuts for Domaine-Forget Festival, Carmel Bach Festival, Wolf Trap, and made returns to San Francisco Performances, Caramoor, Ravinia, and Philadelphia Chamber Music Society. Other recent venues include the National Gallery of Art, Amsterdam’s Concertgebouw, the 92Y, Seoul Arts Center, and Shanghai Concert Hall. Jason Vieaux has performed as soloist with over 100 orchestras, including Cleveland, Toronto, Houston, Nashville, and Orchestra of St. Luke’s.

In March 2021, Jason Vieaux performed the premiere recording of a new solo work, “Four Points of Light” composed for Jason by jazz legend Pat Metheny for his new album Road To The Sun. Jason performed the live recording of Jonathan Leshnoff’s Guitar Concerto with Nashville Symphony in 2019 (Naxos). Jason’s passion for new music has also fostered recent premieres from Jeff Beal (House of Cards Symphony, BIS, 2017), Avner Dorman, Vivian Fung, Mark Mancina, Dan Visconti, and many more. Slated for Spring 2022 release is a new solo Bach recording on Azica. Of his Grammy-winning 2014 solo album Play, The Huffington Post declared that Play is “part of the revitalized interest in the classical guitar.”