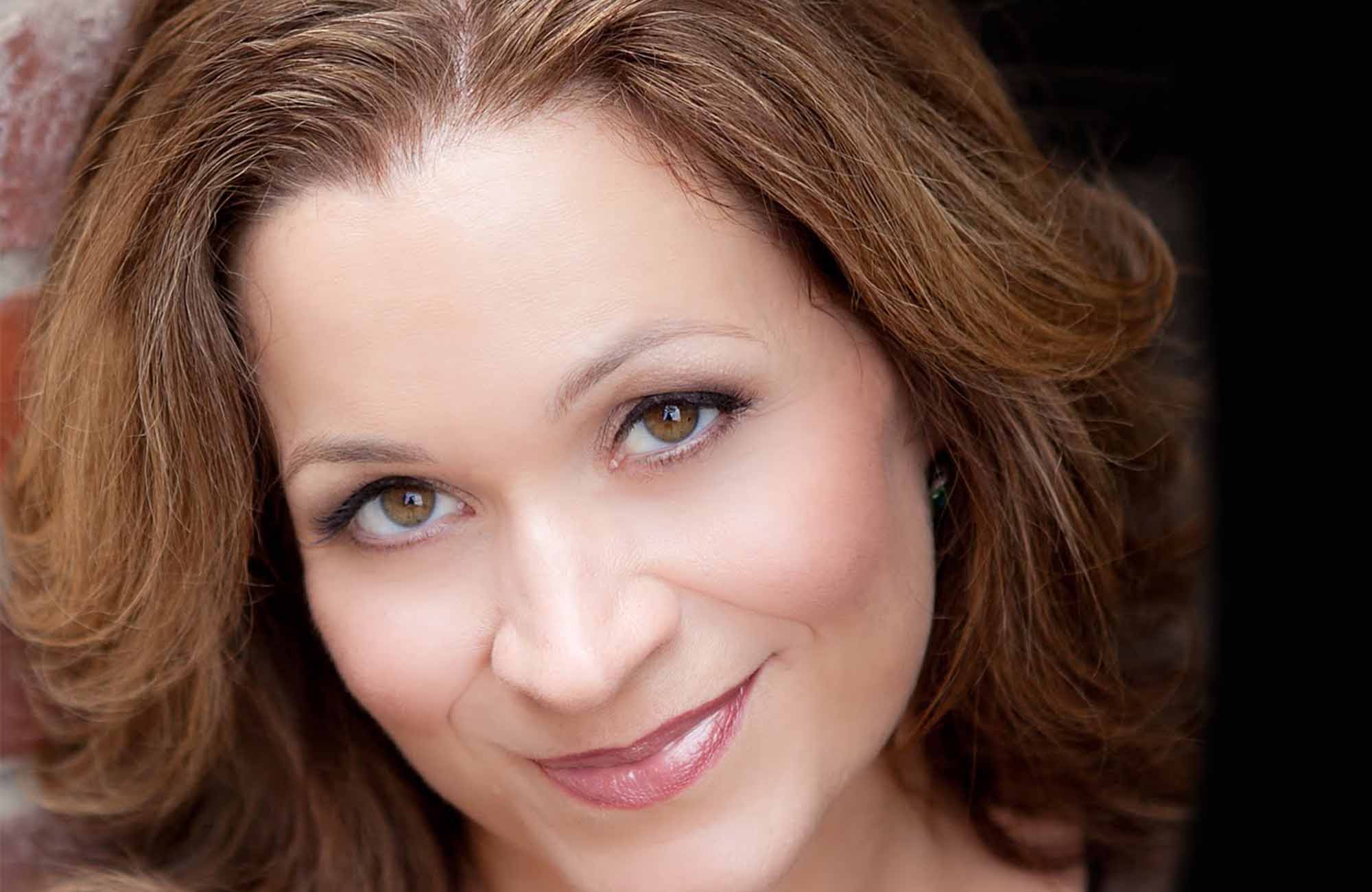 Tonight’s concert opens buoyantly. Despite its ties to high-minded Masonic
teachings, The Magic Flute, composed in his final year by Wolfgang Amadeus Mozart
(1756–1791), is one of the composer’s most whimsical creations, a fairy tale with a hero
who faints at his first challenge and a villain whose over-the-top singing is positively
zany. And once past its deceptively sober trombone-soaked opening (briefly recalled
midway through), the Overture is a dashing work, full of surprising syncopations and
dizzying counterpoint as the musical material is tossed around the orchestra with
abandon.

Richard ...
Tonight’s concert opens buoyantly. Despite its ties to high-minded Masonic
teachings, The Magic Flute, composed in his final year by Wolfgang Amadeus Mozart
(1756–1791), is one of the composer’s most whimsical creations, a fairy tale with a hero
who faints at his first challenge and a villain whose over-the-top singing is positively
zany. And once past its deceptively sober trombone-soaked opening (briefly recalled
midway through), the Overture is a dashing work, full of surprising syncopations and
dizzying counterpoint as the musical material is tossed around the orchestra with
abandon.

Richard Strauss (1864–1949) greatly admired Mozart. He even recorded the
Magic Flute Overture in 1928 and used Mozart’s opera as an springboard for his own
fairy-tale opera, Die Frau Ohne Schatten (The Woman without a Shadow). But there is
little Mozartian sparkle in the Four Last Songs, composed during the summer of 1948
as the last blossom in the unexpected flowering at the end of his career.
Why was it unexpected? The 1930s had been a difficult time for the once-
acclaimed Strauss. True, at the end of the nineteenth century, he had been treated as a
musical hero for his extroverted, even self-important post-Wagnerian tone poems like
Till Eulenspiegel and Ein Heldenleben; and around the turn of the century, he added to
his fame by reinventing himself as Germany’s leading (and for a while, most
revolutionary) opera composer. With the rise of National Socialism, however, Strauss
found himself aesthetically dried up and morally confused. Few of the large-scale works
that he wrote at the time caught on; and squeezed by a political system he abhorred but
couldn’t resist, he briefly took an administrative post with the Nazi regime, thinking it
might help him protect Jewish members of his family and colleagues. After the war,
excoriated by many for both his suspect politics and for his by now old-fashioned music,
he moved to Switzerland awaiting clearance from a denazifaction panel.

Yet somehow, beginning in 1941, he produced another series of masterpieces,
quiet and nostalgic works many of which, in different ways, seem trying to come to
terms with the collapse of German culture (and, perhaps, his own role in that collapse).
His last opera Capriccio, the Oboe Concerto, the Second Horn Concerto, and
Metamorphoses (a response to the bombing of Dresden) are all part of this astonishing
artistic renewal. For many listeners, though, the radiant Four Last Songs—his last
finished work except for a brief unpublished song Malven—is the peak.

Did Strauss compose this cycle explicitly as a farewell? Certainly, the final song
“September”—which quotes his earlier tone poem Death and Transfiguration—suggests
so. And as tonight’s soloist Sari Gruber points out, “It’s extraordinary that he got to the
end of his life and this is what he wanted to write.” Although there’s plenty of regret in
this bittersweet collection, there’s no pain: radiant, beautiful, and patient, it’s music of
almost palpably transcendent acceptance. Strauss was renowned as an orchestrator,
but nothing he wrote shows his mastery as gloriously as does this score, which often
sounds like chamber music. He’s especially skilled in combining voice and orchestra
(another point of contact with Mozart—as Sari says, “Nobody understood writing for
voice and orchestra like Strauss and Mozart.”)

While the Four Last Songs, on the surface, sounds like a work of striking
simplicity, in fact it poses serious challenges to the singer. The technical challenges are
what you might expect: like so many other works we’ve performed this year (Ravel’s
Daphnis, the Bernstein Serenade), there are extreme technical difficulties (especially
rhythmic difficulties) under the surface, difficulties that have to be hidden from the
listeners. More unexpected, perhaps, is the need to keep emotions under control. Sari
explains: “What I find so hard about this piece is that it is so loaded. And if I linger too
long in the moment, it hits. I don’t want it to be detached at all, so I have to figure out
how to get through it without sentimentality”—otherwise, she may break down. She
never has broken down, but she has had to sing through tears. I suspect that many in
the audience tonight will be listening through tears.

If Strauss was, in his prime, the German composer, Aaron Copland (1900
–1990) held a parallel status in the United States during his peak years. And he was
certainly at his peak when he wrote his Symphony No. 3. It was composed in 1944-46,
just a short time before Strauss wrote the Four Last Songs, but the two works could
hardly be more different. Strauss was in a reflective mood as he looked at a destroyed
world; Copland was at his most outgoing, confident, and optimistic as he looked at a
world of tremendous potential.

Surprisingly, at the time, Copland seemed eager to play down his reputation as
what he called, in his program notes for the premiere, “a purveyor of Americana.” He
was insistent about his attempt to avoid jazz and folk music, and analyzed the
symphony in cold, analytic terms that align it with the great European tradition. Even so,
almost since its first performance, it has come to be seen as a profoundly American
piece.

There are at least two reasons why that’s so. First, in such earlier works as Billy
the Kid, Rodeo, and Appalachian Spring, Copland—even though he was a gay Jewish
left-winger from Brooklyn—had, to a large extent, invented what came to be heard as
the quintessentially American classical-music idiom, an idiom that became firmly
associated with images of the broad prairies and homespun values. Thus, to sound
American, Copland didn’t need to borrow from American traditions—he only needed to
sound like Copland. Second, the American tone of the Third is amplified because
throughout the symphony—but most overtly in the finale—he quotes his Fanfare for the
Common Man, which, along with the Barber Adagio for Strings, is perhaps the most
iconic of American classical pieces.

Yet the Third does, at the same time, have the formal rigor of a European
symphony. Put all that together, and you have what conductor Larry Loh calls
“something like the American Beethoven Ninth. I don’t know if it’s pride or what, but it
gives us the feeling that this is the American symphony, written by the greatest
American composer, the one we think of as having defined American music.” In any
case, if the Strauss brings you to tears, the Copland Third will bring you to cheers. We
hope that it will also encourage you to attend next season’s “Music of the Americas”
concerts, in which Copland’s voice will be prominent. 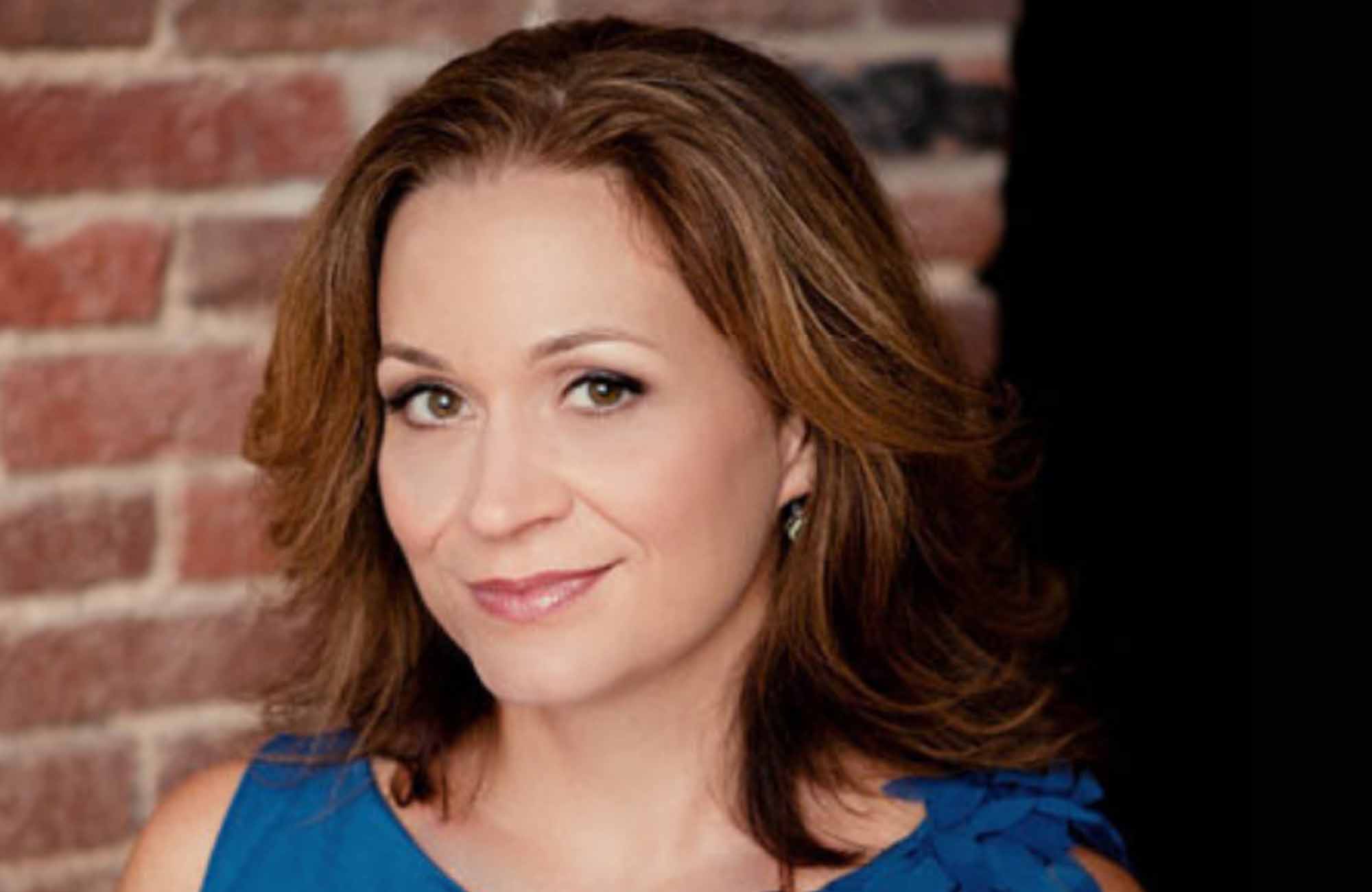 In the 2017-2018 season, Ms. Gruber appears as the soloist in Mahler’s Symphony No. 4 with Symphoria in Syracuse, Handel’s Messiah with Indianapolis Chamber Orchestra and Bach Society of St. Louis, Susanna in Victory Hall Opera’s innovative staging of Le nozze di Figaro in coordination with the Garden Club of Chicago, her fourth annual fundraising concert with Pittsburgh Symphony Orchestra, and Bach’s Cantata 140 “Wachet auf” and Haydn’s Creation, both with Glacier Symphony. Recent engagements include the Soprano solos in Handel’s Messiah with Milwaukee Symphony Orchestra, Indianapolis Chamber Orchestra, Winston-Salem Symphony and Richmond Symphony, Mahler’s Symphony No. 4 with the Erie Philharmonic and Oklahoma City Philharmonic, recitals of Schubert/Beatles with New York Festival of Song at Lincoln Center, the Moab Music Festival and in Kansas City, Schubert’s “Auf dem Strom” with the noted Schubert on the Bluff series, and Musetta in La bohème with Pittsburgh Opera and the Lubbock Symphony Orchestra, Ms. Gruber’s return to Pittsburgh Opera to sing Despina in Così fan tutte and Zerlina in a new production of Don Giovanni, recitals for Boston Symphony Orchestra and LiveARTS series, a return to Arizona Opera to sing Susanna in Le nozze di Figaro; Pamina in Die Zauberflöte with Opera Tampa, her role début as Leïla in Les pêcheurs de perles with Hawaii Opera Theater, Mahler’s Symphony No. 2 with Omaha Symphony, a Christmas concert with Tallahassee Symphony, Beethoven’s Ninth Symphony with the Buffalo Symphony, and a role début as Fiordiligi in Così fan tutte with Florida Grand Opera.

Noted international performances include Händel’s Samson staged for De Nederlandse Opera, and First Niece in Peter Grimes at both the Saito Kinen Festival (Japan) and Maggio Musicale di Firenze. Further career highlights include her Lyric Opera of Chicago début as Alexandra in Regina; Lisette in La rondine and Miss Hedgehog in the world-première of Tobias Picker’s The Fantastic Mr. Fox with Los Angeles Opera; Carolina in Il matrimonio segreto, Aricie in Hippolyte et Aricie, and Varvara in Kát’a Kabanová with Opera Theatre of Saint Louis; Vixen in Janácek’s The Cunning Little Vixen at the Chautauqua Institution; Anne Trulove in The Rake’s Progress and Helena in A Midsummer Night’s Dream with Lyric Opera of Kansas City.