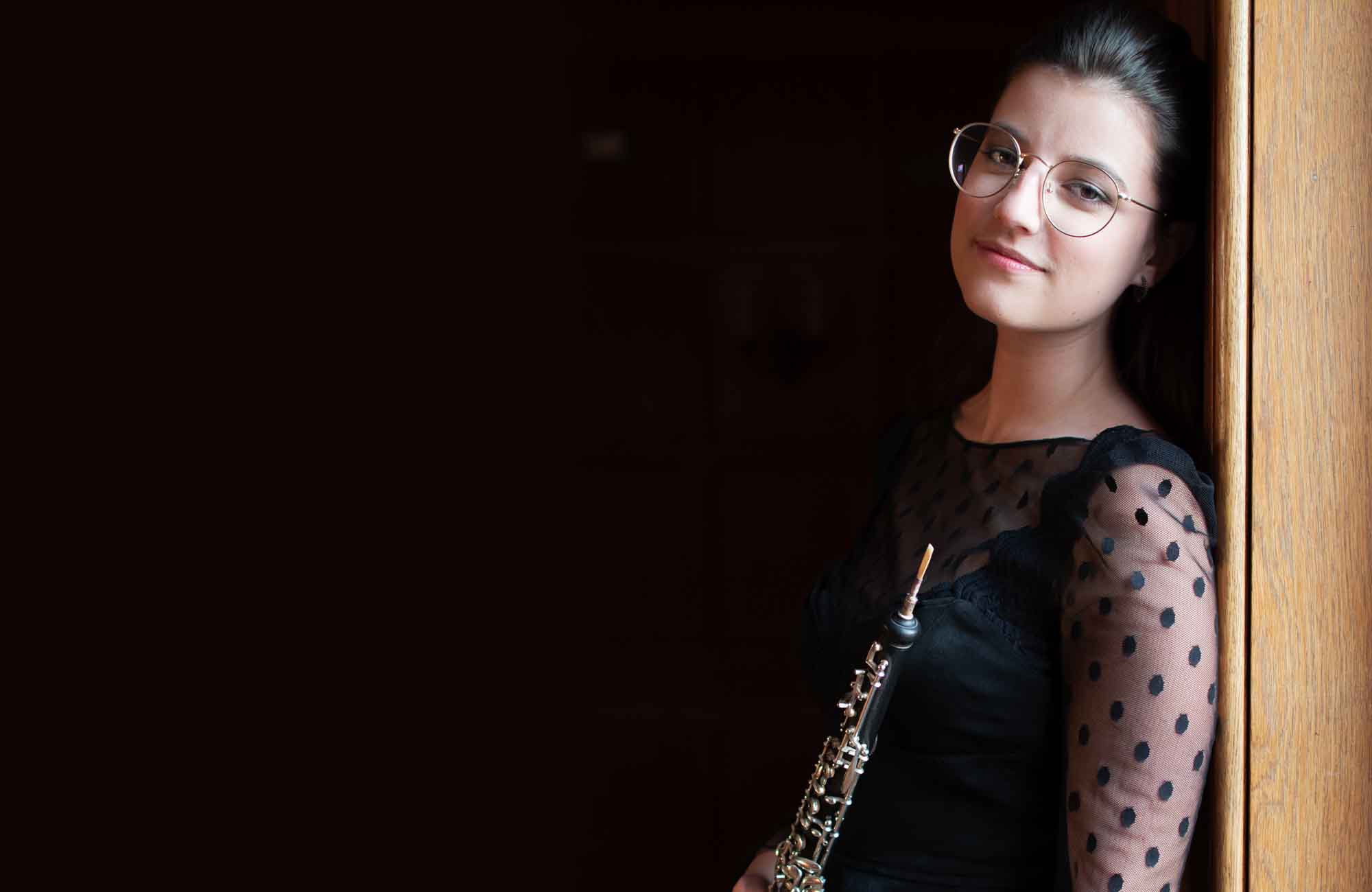 This concert is made possible with generous support from our sponsor

The concert begins with the Grosse Fuge (Great Fugue) by Ludwig van Beethoven (1770–1827). It’s a double fugue (one made more complex by having two subjects, at times heard together) that was originally composed in 1826 to serve as the final movement of Beethoven’s String Quartet op. 130. But the composer was eventually persuaded that it was too long and complicated for the already-lengthy quartet, so he substituted a simpler finale and published the fugue separately as op. 133. If any work fulfills the fugue’s double potential as a form—intellectual rigor (Beethoven himself used the word “recherchée”) fused with visceral power—it’s this one.

Technically, the Grosse Fuge represents Beethoven at his most radical: not only did it puzzle his contemporaries, but even today it sounds knotty. The voices seem to be disputing one another in a complex way that, as conductor Larry Loh puts it, “pushes the harmonic language to the limit.” The rhythmic interplay is similarly intricate and forward-looking. In fact, Stravinsky, in the 1960s, claimed that the work was “the most absolutely contemporary of music I know, and contemporary forever,” in part because of its rhythm, “more subtle than any music of my own century”—including, presumably, his own revolutionary Rite of Spring. For Larry, “Diving into it and making sense of this language is one of the most gratifying things to do.”

But for all its erudition, the Grosse Fuge doesn’t seem abstract: if you want a potent exemplar of Beethoven’s titanic struggles to liberate music from classical conventions, it’s this work—even more than the “Eroica” or the Ninth Symphony—you should turn to. Almost since it was composed, many felt it was simply too big for a mere four players, and it was taken over by larger string ensembles. It’s heard tonight in an adaptation by conductor Felix Weingartner. This performance is part of a two-season celebration of the 250th anniversary of Beethoven’s birth.

After the rigors, intellectual and emotional, of the Grosse Fuge, we need to catch our breath—and we do so with the Oboe Concerto composed in 2005 by Jennifer Higdon (b. 1962), a work that steers clear of Beethoven’s thorniness and his contested inner lines. Higdon was taken with the oboe’s abilities to converse with the other soloists in the orchestra, as well as with the instrument’s lyricism. (Indeed, from the very beginning, the concerto has a quintessentially American melodiousness that may make you think of Copland or Barber.) For soloist Jillian Honn, the concerto is music you can play with, “a good time, a chance to have fun and show what we can do without being too serious.” In alternating slow and fast sections, it gives her a chance to exhibit two personalities. In the slower sections, “the oboist gets to show our facility in changing colors, which is maybe not something that people immediately associate with the oboe.” In the faster sections, she can be “cheeky” and “flirty,” especially as she enters into dialogue with the winds and even the percussion (her favorite part). “At times, it’s almost like I’m a soloist in a jazz band. I’m riffing on something, then I throw it at them and they say it back at me, back and forth with a little bit of variation.”

The concert ends with a work that, in its final movement, miraculously combines the fugal rigor of the Beethoven with the lightness of spirit represented by the Higdon—the Symphony No. 41, the so-called “Jupiter” Symphony, by Wolfgang Amadeus Mozart (1756–1791). It was composed—one might even say knocked off—in just a few weeks in 1788, while Mozart was composing several other works, dealing with a variety of family crises, and leading his usual active social life. The fugue is preceded by three movements, any of which, by itself, would be enough to make this one of the great symphonic works in the Western canon: a festive trumpet-and-drum tinted opening in sonata form; a sweetly sung, half-lit slow movement featuring muted strings; and an infectiously swinging minuet and trio. But it is the finale that lifts this piece from the merely exceptional to the sublime: a dazzling quintuple fugue that ends up juggling all five subjects at once.

Every conductor has his or her trademark. For Georg Solti it was weight, for Bernstein in his prime it was electricity. Larry tends to stress what he calls “transparency requirements,” something that makes his performances especially vivid. He explains: “I don’t usually focus on the melody. I want to make sure that all of it is heard, which involves resisting the very heavy and sustained modern approach to playing, and paying close attention, from the first rehearsal, to sound quality, phrasing, lightness, taper, and balance.” In other words, the finale of the Mozart is a movement made for Larry—and a superlative way to show off the orchestra’s virtuosity.

There’s one more piece on the program. Coming from intermission to a work of this magnitude seemed too much, so before the Mozart we offer a brief palate cleanser, the Irmelin Prelude by Frederick Delius (1862–1934). It’s a mellifluous, impressionistic late work, from 1931, that’s based on themes from an early opera—and would seem to have nothing in common with the “Jupiter” Symphony. And yet…If, as Larry puts it, the Mozart is “uplifting and inspiring,” so in a very different way is the Delius. By the time Delius got around to writing this piece, he was both blind and paralyzed, and had to dictate his music, note-by-note, to his amanuensis Eric Fenby. How could you not be uplifted and inspired by the inner strength of a man who, through such a laborious process, could produce such effortless-sounding music? 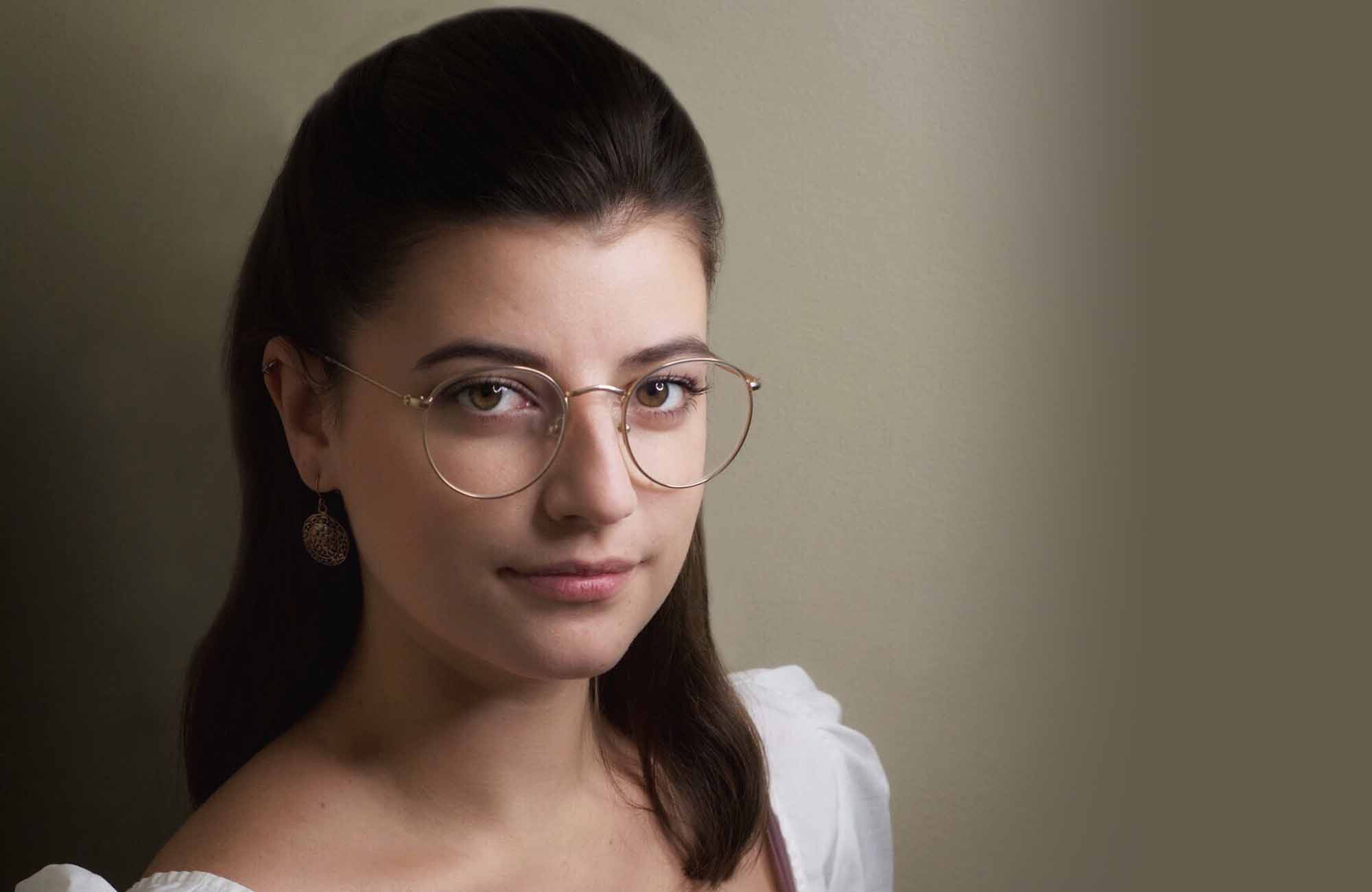 Jillian was the recipient of Civic Morning Musicals' award for Excellence in Music Performance in Central New York in 2018, and has had the continued honor of being an oboist for the Skaneateles Festival. In addition to Symphoria, Jillian has performed with the Cayuga Chamber Orchestra, Rochester Philharmonic and Chamber Orchestra, the New World Symphony, Finger Lakes Opera, and the Buffalo Philharmonic, among others. In addition to maintaining a private oboe studio, she has been a Visiting Lecturer in Music at Ithaca College and was formerly on faculty at LeMoyne and Hamilton Colleges. A graduate of the Eastman School of Music (BM, PC, ALP) where she studied with Richard Killmer, Jillian is currently pursuing her Master of Music degree at Yale University under the tutelage of Stephen Taylor.