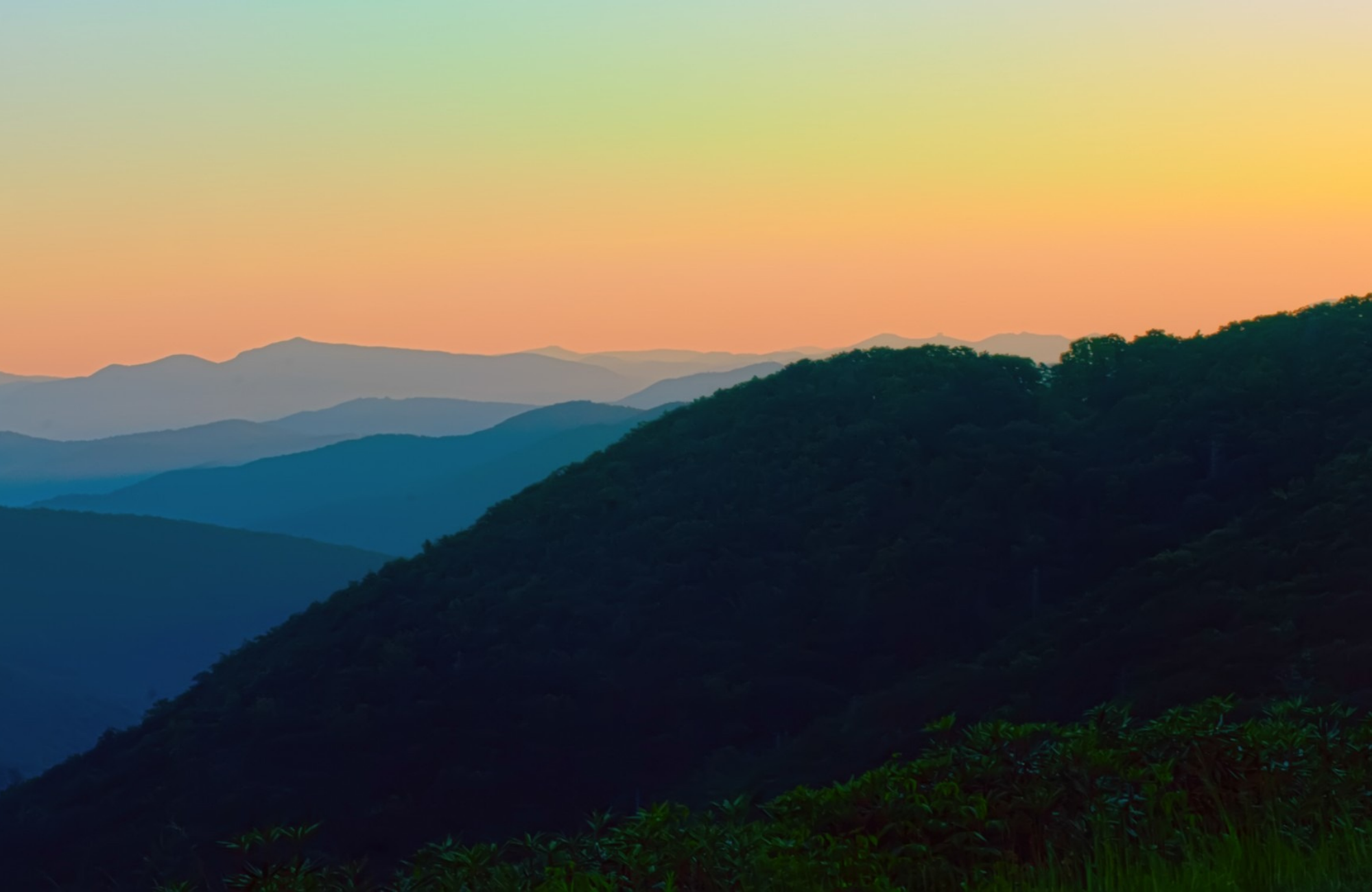 Enjoy music of North and South America with this eclectic program. Selections include Starburst by Jessie Montgomery and Symphony No. 3 (At the Camp Meeting) by Charles Ives. Chilean composer Enrique Soro’s stunning Andante Appassionato and Appalachian Spring by Aaron Copland complete this program.

This concert was rescheduled from January 9.  If you purchased tickets for January 9, your tickets will be automatically exchanged to the rescheduled event.  If you are unable to attend the performance on March 27, please call the Symphoria Box Office at 315-299-5598 to receive a ticket exchange for any other performance this season.

On the surface, today’s two main offerings—the Symphony No. 3 (“The Camp Meeting”) by Charles Ives (1874 1954) and Appalachian Spring by Aaron Copland (1900–1990)—may seem very similar. Both are fairly laid-back works composed for small orchestra; both are heavily dependent on the spirit of US vernacular music; both look back to 19th- century religious revival traditions; both won the Pulitzer Prize at about the same time (1947 and 1945 respectively); and both went on to become among their composers’ most popular and enduring compositions. In fact, though, those superficial kinships mask profound differences.

On the surface, today’s two main offerings—the Symphony No. 3 (“The Camp Meeting”) by Charles Ives (1874 1954) and Appalachian Spring by Aaron Copland (1900–1990)—may seem very similar. Both are fairly laid-back works composed for small orchestra; both are heavily dependent on the spirit of US vernacular music; both look back to 19th- century religious revival traditions; both won the Pulitzer Prize at about the same time (1947 and 1945 respectively); and both went on to become among their composers’ most popular and enduring compositions. In fact, though, those superficial kinships mask profound differences.

Ives was steeped in the traditional music—folk music, hymn tunes, marches, popular songs—of his New England community from his early childhood, and the Third Symphony is a musical reminiscence of the sounds of a late 19th-century religious camp meeting. The mood is generally reflective. The two outer movements offer peaceful evocations of faith (no fire and brimstone in Ives’s depiction); the final sounds we hear are distant church bells. In between we have a quicker, but never rowdy, movement representing, in Ives’s words, “the games which the little children played while their elders listened to the Lord’s word.”

The Third is one of Ives’s more conservative mature works. Yet “conservative” is not the same thing as “traditional”: The Third challenges convention in lots of ways. For instance, its three movements follow a slow-fast-slow pattern rather than the fast-slow-fast pattern you might expect. More significant, the symphony—originating in three organ works originally composed for church use and written over several years during the first decade of the 20th century—is almost entirely based on quotations from traditional hymn tunes. The phrase “based on,” though, covers a lot of ground. The tunes are not simply quoted in full: Ives has made an elaborate quilt out of a motif here, a gesture there, often changing rhythms, sometimes turning the melody upside down. Occasionally, the source is easily recognizable (at least, if you know it beforehand)—at the end of the first movement, after a gentle climax, we clearly hear “Azmon” (“Oh For a Thousand Tongues to Sing”), with “What a Friend We Have in Jesus” floating gently above it on flute and solo violin. At other times, the original is deeply hidden. But even when the specific tune is not readily identifiable, it still provides a sense of warmth and familiarity, even for first-time listeners and for people who do not attend Christian churches regularly.

Gustav Mahler, who was conductor of the New York Philharmonic when the Third was written, was interested in the score; and there’s reason to believe that, had he not died in 1911, he would have performed it. As it was, the Third, like so much of Ives’s music, fell by the wayside. It received its premiere only in 1946—hence the very belated Pulitzer.

Partly because Ives was ignored for most of his life, Copland is widely credited with having created the fundamental sound of 20th-century US classical music. Works like Fanfare for the Common Man and Rodeo became touchstones—and served as the inspiration not only for a great deal of concert music, but also for movie scores, TV soundtracks, and advertisements wanting to evoke “Americana.” Yet while he, too, was influenced by various kinds of traditional music, you don’t find the same degree of quotation in Copland’s music as you find in Ives’s. To simplify, if Ives recreates a United States through acts of memory, Copland usually does it through invention. Thus, the pioneer spirit of Appalachian Spring is not grounded in the recollections or the family history of an insider. Rather, it stems from the imagination of a composer who—as a gay, Jewish, socialist child of Lithuanian immigrants—was an outsider to that world in many ways. True, the Appalachian Spring does end with a set of variations on the Quaker hymn “Simple Gifts”; but the rest of the music is pure Copland.

Copland’s aesthetic combined jagged, tough-minded modernism and a more approachable populist nationalism—although in different proportions in different works. Appalachian Spring (1943–44) is surely one of his mellower compositions. In a way, that’s surprising. It was originally commissioned by the Elizabeth Sprague Coolidge Foundation for Martha Graham’s ballet company—and Graham had first met Copland at a performance of his Piano Variations in 1930. She had wanted to turn the work into a dance piece—a suggestion the composer
found “astonishing,” given how “complex and abstruse” the Piano Variations is. Graham succeeded nonetheless, and when Appalachian Spring was commissioned a decade and a half later, Copland was in turn initially inspired by Graham’s abstract movements. As the ballet developed, that original inspiration was softened with a folk-like gentleness, and nowadays, it’s rightly remembered less for its abstraction than for Copland’s uncanny ability to create a nostalgic vision of US history.

The published score describes the simple scenario as follows: “The bride-to-be and the young farmer husband enact the emotions, joyful and apprehensive, which their new domestic partnership invites. An old neighbor suggests, now and then, the rocky confidence of experience. A revivalist and his followers remind the new householders of the strange and terrible aspects of human fate. At the end the couple are left quiet and strong in their new house.” Since Graham’s was a traveling company, Copland originally wrote the ballet for a portable orchestra of just over a dozen performers. He was later persuaded, however, to revise it for concert use, compressing it slightly and rescoring it for full orchestra. That’s the version that went on to win the Pulitzer Prize, and that’s the one we’ll be hearing today.

This afternoon’s concert is filled out with two shorter works, as different from each other as the Ives and Copland are. We begin with Starburst by Jessie Montgomery (b. 1981). You may remember Montgomery’s vibrant Banner, which opened our season last year. Starburst is similarly dazzling. A three-minute, rhythmically charged eruption of light and color, it’s a musical representation of what the composer calls “a common definition of a starburst: ‘the rapid formation of large numbers of new stars in a galaxy at a rate high enough to alter the structure of the galaxy significantly.’” More specifically, as she puts it, “exploding gestures are juxtaposed with gentle fleeting melodies in an attempt to create a multidimensional soundscape.” Originally composed to celebrate the virtuosity of the Sphinx Virtuosi, a chamber orchestra “dedicated to increasing racial and ethnic diversity in classical music,” Starburst has taken on a more general celebratory function since its composition a decade ago. The Minnesota Orchestra included it on their New Year’s Eve Concert last year—and we’re thrilled to be able to perform it to mark our return to St. Paul’s Cathedral.

After intermission, we feature the Andante Appassionato by Chilean composer Enrique Soro (1884–1954). Like so many composers from the Americas at the time, Soro was trained in Europe—where, in fact, he composed this brief work while still a teenager. But he returned to his native Chile for most of his life, serving as an influential teacher and helping to establish the Chilean classical tradition (his symphony is generally claimed to be the first symphony composed in Chile). The Andante Appassionato, originally written for piano, was later arranged for various ensembles, including for modest-sized orchestra, the version we hear today. As unruffled as Starburst is active, it may remind you, in its sweetness, of the Rachmaninoff Vocalise. We suspect you’ve never heard the piece before—and we hope you’ll appreciate the chance to make its acquaintance.

Peter J. Rabinowitz
Have any comments or questions?
Please write to me at prabinowitz@ExperienceSymphoria.org