A GRAND OVERTURE WITH JON NAKAMATSU 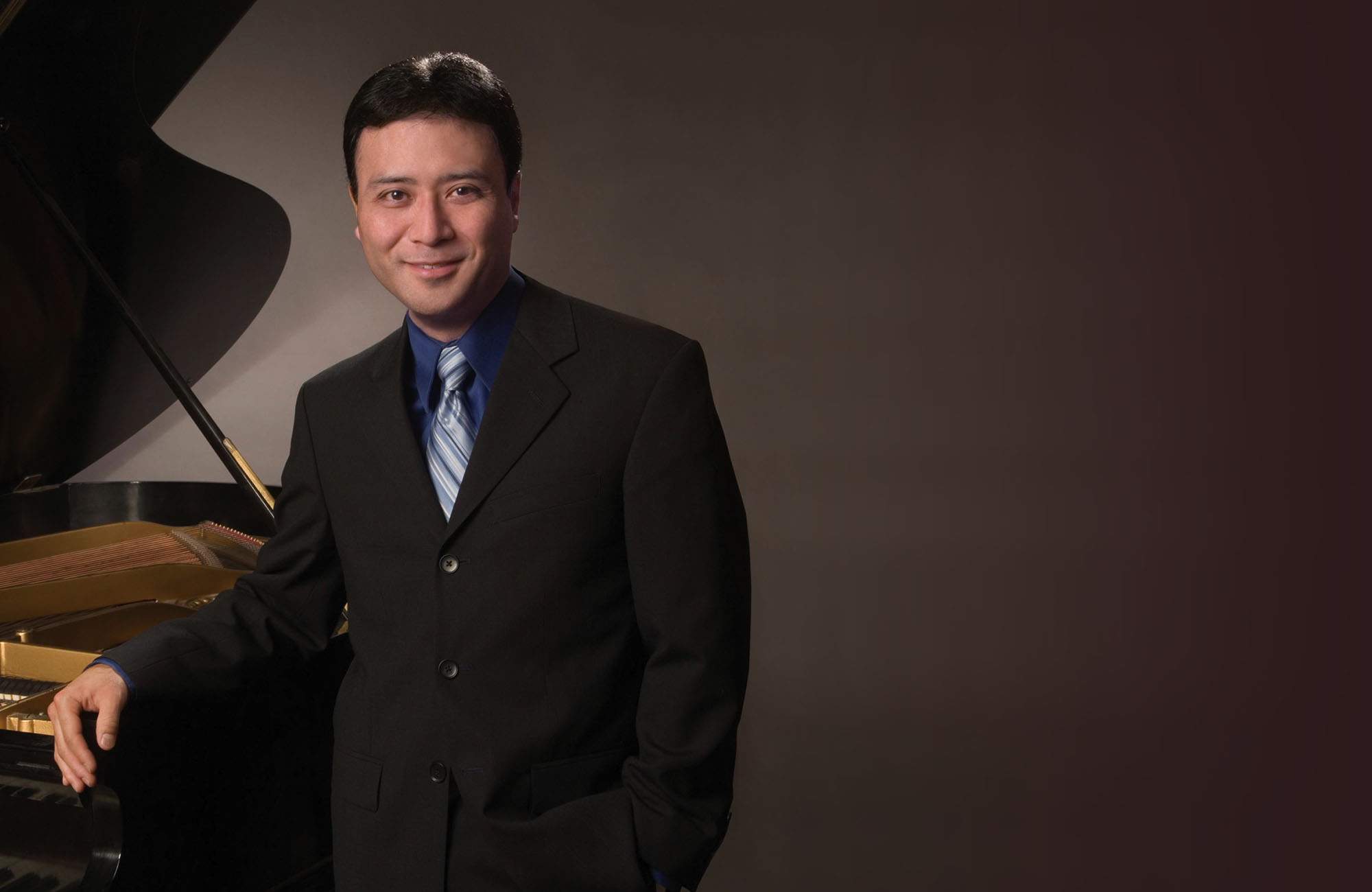 Celebrate opening night and Beethoven’s birthday with pianist Jon Nakamatsu and Symphoria! You’ll recognize the gorgeous Allegretto from the Symphony No. 7 from many classic films.

Please note: Due to Covid travel restrictions, Jon Nakamatsu will join us for a special solo piano performance from California.
BEETHOVEN: Symphony No. 7

First, the manner of presentation has been altered in response to the pandemic. Since it’s impossible to perform before an audience in the hall, we’ll be streaming the concert to you in your homes. And since travel restrictions have made it impossible for soloist Jon Nakamatsu to come to Syracuse to join us in the Beethoven Third Concerto as originally planned, he has agreed to play (and introduce) some solo music by Beethoven’s successors from his home: the Impromptu in G-flat Major, op. 90/3 by Franz Schubert (1797–1828) and the Scherzo No. 4 in E, op. 54 by Frédéric Chopin (1810–1849). Second, the orchestral part of the program has been slightly revised to match the new socio-political situation in which we find ourselves.

The anchor of the evening remains the same—Beethoven’s Symphony No. 7 (1811–1812), since the work turns out to fit our current moment well. True, while Beethoven is widely recognized as a political composer, the Seventh may not seem to have an overt agenda in the way that the Third and Ninth do. Yet it was composed during a period of historical trauma, toward the end of the Napoleonic Wars. And it was premiered at a benefit concert for soldiers injured at the Battle of Hanau, sharing the program with his Wellington’s Victory, a potboiler celebrating Wellington’s victory over the French at Vitoria. From the beginning, therefore, the work—despite the lack of an explicit program—shared the democratic, anti-authoritarian edge of such pieces as the prison-rescue opera Fidelio (the final version of which was premiered just a few months later). That socially committed aura has remained for over two centuries. The second movement was arranged by activist folksinger Pete Seeger as a song whose opening words (grammar sacrificed to fit the rhythm) are “We'll work together, though we work different”; Daniel Barenboim chose the Seventh to celebrate the fall of the Berlin Wall.

The symphony is in the traditional four movements—although, as often with Beethoven, those movements don’t work in entirely traditional ways. It begins with an ambiguous and slowish introduction. Lasting around four minutes, it’s probably the longest of any symphony written to that point, and is sufficiently long that you might think you were actually in the exposition of the movement. Then, after a few measures of hesitation, it springs into a Vivace based on an obsessively repeated rhythmic figure—giving the work a rhythmic focus that lasts, with little respite, until the end of the finale. Indeed, the Seventh has no true slow movement: the second movement (the most popular since the first performance, when it had to be encored) is an Allegretto (rather brisk) rather than the Andante or Adagio that might be expected, and it’s similarly laced with a repeated rhythmic figure. Wagner’s famous description of the Seventh as “the Apotheosis of the Dance” was surely nourished by this consistent energy.

The third movement, a scherzo and trio, is conductor Larry Loh’s favorite. In part, that’s because of the contrast between the “levity and propulsion” of the scherzo sections and the “static-ness” of the trio. But it’s also because “it has so many surprises”—the largest of which is its overall form, which “leaves the audience wondering what’s going to happen next.” Normally, after the trio, the scherzo would return to round things out. But just as the movement ought to end, we return to the trio, followed by yet another race through the scherzo. Surely we’re ready for the end now? No, the trio seems to come back yet again—but after a few quizzical bars, wandering between major and minor, the curtain suddenly drops. After all this, it’s hard to believe there’s more energy to come—but the hyperkinetic finale, with what Larry calls its “overwhelming surges,” drives us to a monumental conclusion.

“We’ll work together, though we work different”: Pete Seeger’s words could apply to our opening work as well, added to the program in the wake of this summer’s events as a reconfirmation of Symphoria’s commitment to racial justice and equity and of our obligation to speak out against racial violence. In 2014, Jessie Montgomery (b. 1981) was commissioned by the Joyce Foundation and Sphinx (an organization dedicated to nurturing young African-American and Latinx string players) to compose a work marking the 200th anniversary of The Star Spangled Banner. Asking herself “What does an anthem for the 21st century sound like in today’s multi-cultural environment?”, she came up with the “exploration of contradictions” you’ll hear tonight: Banner, for string quartet and string orchestra. It is a richly textured work in which the national anthem—Banner’s primary musical ingredient—is played off against, challenged by, and combined with a throng of other folk songs and patriotic tunes, most radically in the Ivesian final section.

Most prominent are James Weldon Johnson’s and J. Rosamond Johnson’s “Lift Every Voice” (often known as the Black National Anthem) and the Mexican national anthem. But you can also hear, among others, “Lo Eterno” (a Cuban song about Che Guevara), Woody Guthrie’s “This Land is Your Land,” and even “Cumberland Gap,” a traditional song taken up by the Confederate soldiers. As Jessie puts it, “We’re all here, whether you like it or not.” Look out, too, for a passage about four minutes in, soon after the beginning of the section entitled “Dirge” (introduced by weird glissandos and imitations of drum taps), where the quartet emulates the recitation of the Pledge of Allegiance—including the slight lack of unanimity familiar in group recitations— played over “Lift Every Voice.” It’s a reminder, she says, that “the promises within the pledge are not being met.” In a way, then, Banner “a musical protest”—but one that celebrates our “ideals of freedom” even as it excoriates “the realities of injustice and oppression.” 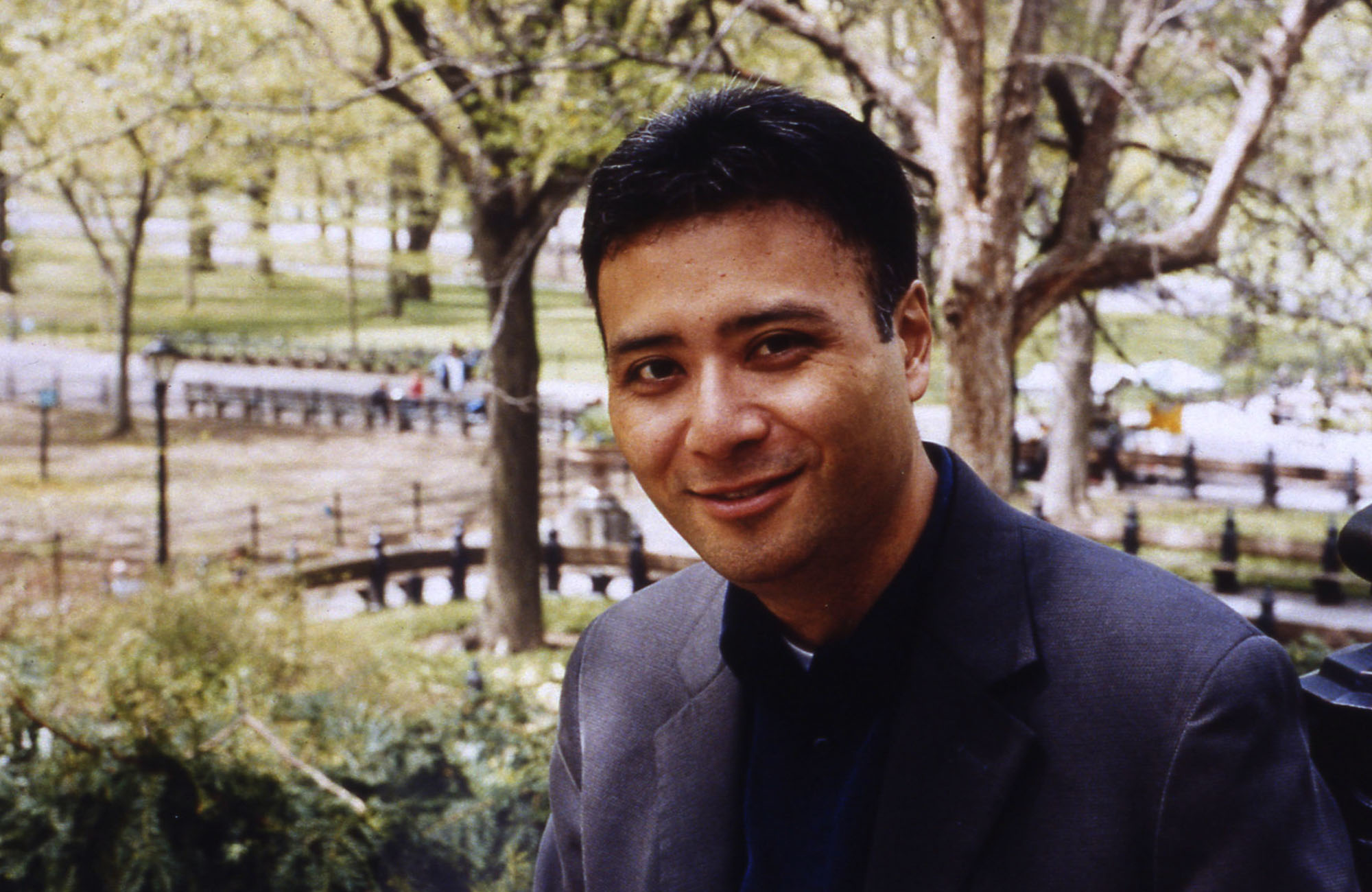 [Beethoven’s] Second Piano Concerto also strikes me as a work that is smack in the middle of Jon
Nakamatsu's sweet spot as an interpreter. "Elegant" can be a two-edged adjective in describing a performance; Nakamatsu's finely judged reading of this concerto was not only drop-dead elegant, but also full of Beethoven's signature energy. The pianist added just enough percussiveness to lyrical passages to keep them from drooping, and his playing of the "Adagio" was hypnotic, particularly at the end: wonderfully focused and wonderfully poetic.
—February 1, 2019

Mr. Nakamatsu will perform as soloist with Austin Symphony, Santa Cruz Symphony, Fort Worth Symphony under the aegis of the Cliburn, and Symphony Silicon Valley. He collaborates with the Miró Quartet in two programs at the Cape Cod Chamber Music Festival in summer 2019, and appears in chamber concerts with the Jupiter and Modigliani Quartets, as well as Imani Winds. Recital performances include engagements with the Steinway Society of the Bay Area, International Classical Concerts of the Desert, Reynolds Chamber Concerts, and Chamber Music San Francisco.

Among the many chamber ensembles with which Mr. Nakamatsu has collaborated are the Brentano, Escher, Jupiter, Miami, Tokyo, Parker, Prazak, St. Lawrence, and Ying String Quartets, the San Jose and Mission Chamber Orchestra, and Imani Winds. He also tours frequently with the Berlin Philharmonic Wind Quintet and in 2008 debuted on the Philharmonic’s chamber music series performing with the Quintet and members of the orchestra. That same year, the Manasse/Nakamatsu Duo released its first CD (Brahms Sonatas for Clarinet and Piano) which received the highest praise from The New York Times Classical Music Editor James R. Oestreich, who named it a “Best of the Year” choice for 2008. In addition to their joint concert performances Mr. Nakamatsu and Mr. Manasse serve as Artistic Directors of the esteemed Cape Cod Chamber Music Festival, founded by pianist Samuel Sanders in 1979.

Mr. Nakamatsu has collaborated with such esteemed conductors as James Conlon, Philippe Entremont, Marek Janowski, Raymond Leppard, Gerard Schwarz, Stanislaw Skrowaczewski, Michael Tilson Thomas and Osmo Vänskä. In 1999, Mr. Nakamatsu performed at the White House at the special invitation of President and Mrs. Clinton. Other engagements include solo recitals with the American Beethoven Society, University of Georgia, Athens, Arts Council of Moore County, and International Classical Concerts of the Desert, as well as solo performances in New Jersey, Pensacola, FL, Waco, TX, Japan’s Okinawa and Miyako Islands, and several cities throughout the state of California.

He records exclusively for harmonia mundi USA, and has released twelve CDs to date. All have garnered high critical praise. Notable releases include an all-Gershwin recording with Jeff Tyzik and the Rochester Philharmonic featuring Gershwin’s Rhapsody in Blue and Concerto in F which rose to number three on Billboard’s classical music charts and a trio disc of works by Brahms, Beethoven, and Weber with Mr. Manasse and cellist Clive Greensmith, which has elicited brilliant reviews from The New York Times (“Mr. Nakamatsu’s fleet-fingered clarity enhancing the vivacious outer movements and all three playing with deep expression in the Adagio”), Gramophone (“a most enjoyable disc, beautifully played and recorded, with the three players joining together to make a perfect ensemble”), and audiophile edition (“Every once in a while a disc comes along so good that I would award it six stars if my editor allowed such things”).

A high school teacher of German with no formal conservatory training, Jon Nakamatsu’s electrifying performance of Rachmaninoff’s Third Piano Concerto won him the Gold Medal at the 1997 Van Cliburn International Piano Competition amidst a field of experienced competition warriors. Mr. Nakamatsu had studied privately with the late Marina Derryberry from the age of six, and worked with Karl Ulrich Schnabel, son of the great pianist Artur Schnabel. He also studied composition and orchestration with Dr. Leonard Stein of the Schoenberg Institute at the University of Southern California, and pursued extensive studies in chamber music and musicology. Mr. Nakamatsu is a graduate of Stanford University with a bachelor’s degree in German Studies and a master’s degree in Education. In the fall of 2016, Jon Nakamatsu joined the piano faculty of the prestigious San Francisco Conservatory of Music.